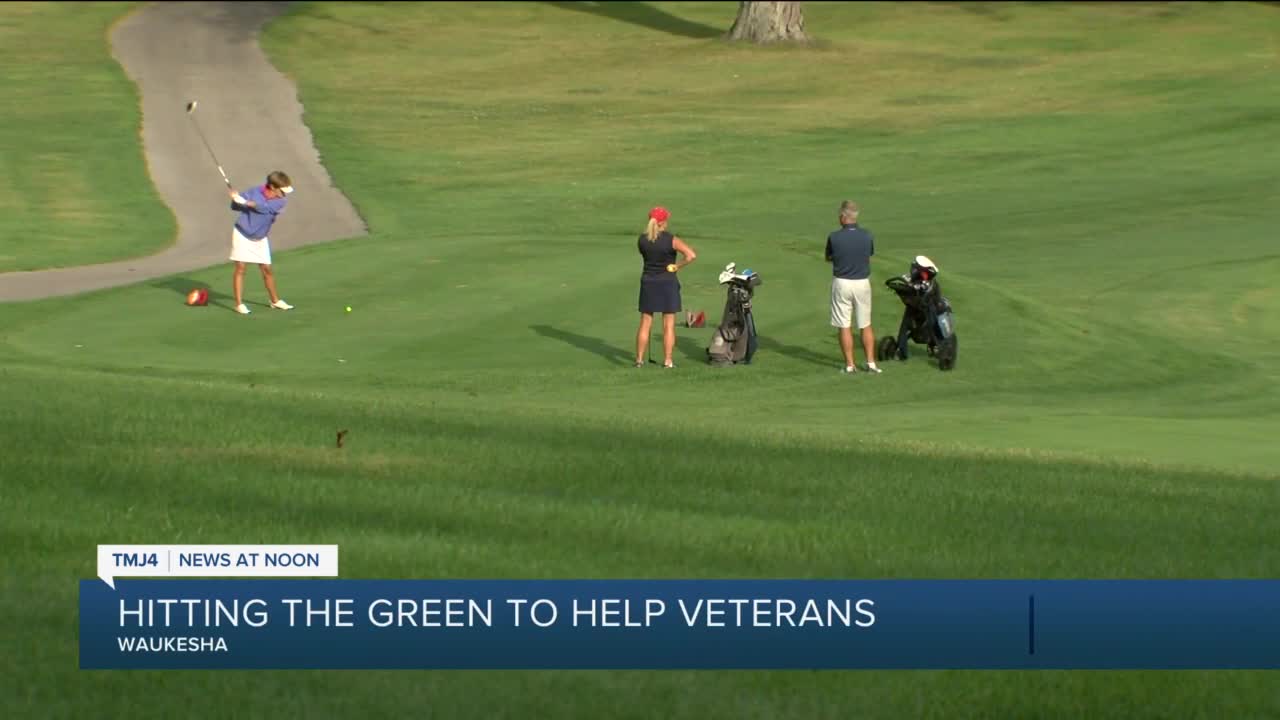 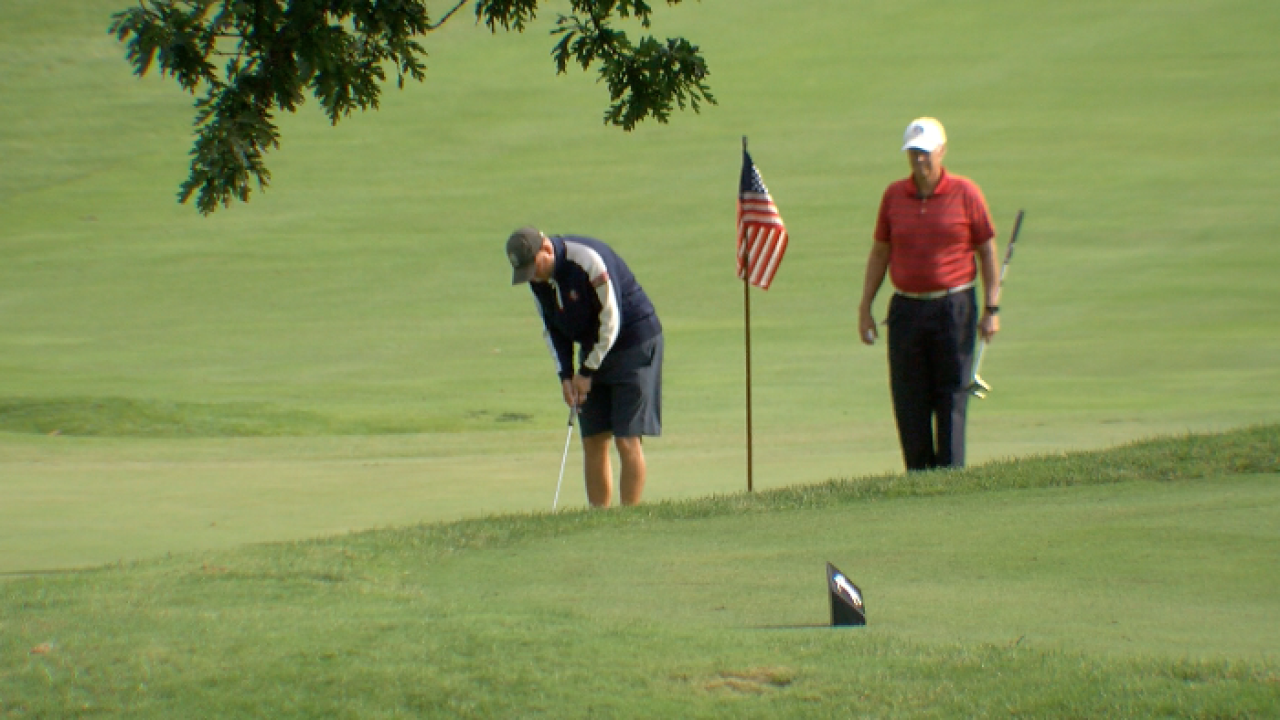 WAUKESHA — Golfers at The Legends at Merrill Hills, a country club in Waukesha, raised roughly $60,000 for veterans and military families on Monday, September 7.

Their annual Labor Day golf outing, which is part of the WPGA’s Patriot Day of Golf, was backed by hole sponsorships and donations benefiting the men and women who serve the United States.

“Being able to recognize people who have served our country and support great organizations like the Folds of Honor and The Fischer House, it’s a pretty easy sell,” said member Joe Best.

Milwaukee Chapters of The Fischer House and Folds of Honor, two charities that support families of those who have become disabled, or who have lost their lives in the line of military duty, will each receive a check for $30,000, according to organizers.

Army Veteran Jay Multhauf said the event is an emotional one.

Since 2008, The Legends has raised nearly $300,000 for local military charities, according to event organizers.

“Whether it be the pandemic, the riots, the election that’s coming up, we can set all of that aside and raise money for what matters in our freedom and that’s our military,” said Bobber.

Earlier this year the Wisconsin PGA Section recognized The Legend Club’s Jack Gaudion as the 2020 Patriot Award winner for his dedication to patriotism and to the men and women who have served in the United States Armed Forces.

“I’m humbled and so very proud of our members and the staff of The Legend Clubs being recognized for their generosity and support of the United States Military and their families. I am the son of an Air Force fighter pilot, Jack Gaudion Sr., who flew 3 combat tours and whom I buried at Arlington National Cemetery in 1988. My son Jason, a marine that served two tours of duty in combat received his medical discharge in 2009. I didn’t serve in the military, so I hope my dad and my son are proud of all the efforts the club makes to honor their service and the attention and fundraising we generate for active duty and veterans of armed forces,” Said Gaudion.

“I am honored to be able to ask our members and staff to continue their generosity for the men, women and families of the armed forces that sactrifice so much and are forever chaged having served in combat,” concludes Gaudion.

Many initiatives are executed by Gaudion and his teams at each of the Legend Clubs venues. In timing with Armed Forces Day active and retired military members are invited to enjoy a complimentary round of golf as honored guests. The club also hosts a traditional Patriot Golf Day Event on Labor Day and an annual moment of silence every Memorial Day at all four Legend Clubs. The club encourages financial support for military charities such as the Wounded Warrior Project, Folds of Honor, Navy Seals, Birdies for the Brave, Veterans Shield, Oscar Mike, Troops First Foundation, and Fisher House Foundation.

ABOUT – THE LEGEND CLUBS
The Legend Clubs is Wisconsin’s only private club to feature 54 holes of golf all in Waukesha County. The three courses range in design from the tree-lined traditional style of The Legend at Merrill Hills to more modern Jack Nicklaus inspired design of The Legend at Bristlecone, or the timeless Pete Dye inspired design of The Legend at Brandybrook. The clubs feature pool complexes, restaurants, tennis, fitness facilities, and family-focused and player programming.
ABOUT – WISCONSIN SECTION PGA
The Wisconsin Section is one of the 41 sections that comprise the regional entities of the PGA of America. Over 500 members and associates belong to the Wisconsin Section, stretching from areas in the Upper Peninsula of Michigan to almost the entire state of Wisconsin. Annually, the Wisconsin Section conducts over 40 professional events, operates its Junior Golf Foundation and participates in several growth-of-the-game activities (PGA Junior League, Drive, Chip and Putt and instructional clinics/days). The Wisconsin PGA Office is located at 11350 W. Theo Trecker Way in West Allis, Wis.
CONTACT:
Beth O’Reilly of O’Reilly Public Relations at bethoreillypr@gmail.com and 920-889-0818